The year is 2455, mankind has left behind Earth 1 as it’s no longer able to sustain life (thanks, Exxon!) and has taken to the cosmos where they occupy Earth 2. On a field trip to Earth 1, a group of students and their very suspicious Professor Lowe visit the Camp Crystal Lake Research Center and find a well preserved frozen woman named Rowan, and Jason Vorhees. This is a big find, so the professor believes, and they take the two iced out bodies on board and begin to defrost and regenerate the young woman. However, they believe Jason to be dead and begin dissecting him. Rowan warns against holding Jason on board… and like most horror movies, no one listens.

The following plot is not the takeaway for this masterpiece. It’s the references to the ‘old world’ and its dialogue. The characters aren’t super dimensional, by any means, but they ARE a good time. The movie is in it’s own weird way SO QUEER. I can only describe the fashions as… non-binary. I could see any of these lqqks on any one of the very hot, very uniquely dressed they/thems haunting Sundays at Play. 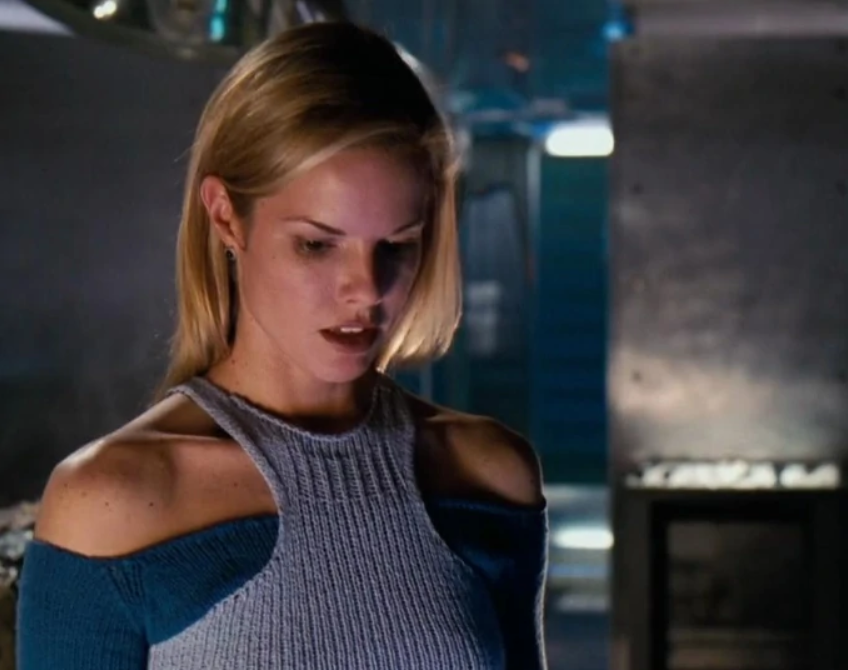 I could see a number of non-binary babes wearing Adrienne’s Women in STEM Fashion Nova cropped sweater-tank with the off the shoulder moment under it. That top is QUEER. Okay, okay, okay- I promise not to only talk about the fashions in this movie. There are lots of things that make this movie queer. But one last thing before I move on, what the hell is this? 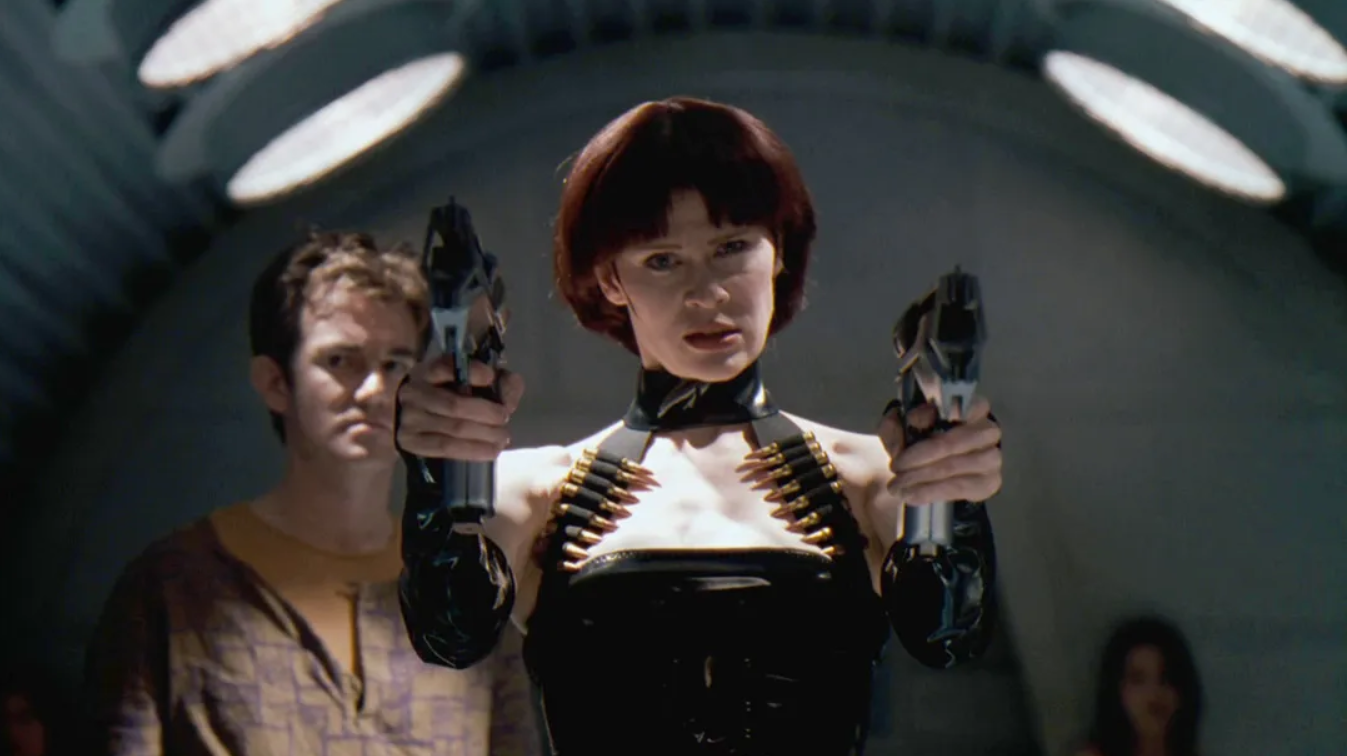 This Milla Jovovich Resident Evil fashion moment… brilliant. This is Kay-Em. Or better known as KM-14, an android who believes herself to be real, and therefore, she is. She’s more than a programmed object meant to serve man. She has a consciousness about her. She doesn’t like being called “almost real” and gee, you know I can’t seem to figure out why that resonates with me… Sure she’s programed to be a sex object, but aren’t we all conditioned to in some way be objectified? Ours happened throughout our adolescence and through exposure to society and media, and Kay-Em’s came from a computer. They aren’t so different.

Alright, enough of me queening over the fashions. Let’s talk about the SEX. Yes, that’s right. It might be Jason in Space but the crew is still having premarital sex. The sex we see is VERY queer. There’s a scene that helps show how crooked the professor is, where a student shows up to his room with one of those tongs for getting ice for a drink, a bottle of champagne, and an agenda to use her feminine wiles to change the results on her midterm. What follows is Prof. Lowe on his back in “women’s” negligee while the young student pinches his nipples with the tongs. This is sex between a presumably cis, straight pair but the sex itself is queer. There’s the inappropriate relationship between the student and teacher, but aside from that we have a power dynamic shift, some light cross dressing, nipple play that appears to borderline nipple torture and very aggressive dialogue.

The kills are phenomenal as well, and while I’m not sure any of the kills are really queer, I will say they’re fun and campy enought to fit amongst the greats (see Nightmare on Elm Street 3 Dream Warriors, Texas Chainsaw Massacre 2, Sleepaway Camp 2: Unhappy Campers) I love that we get a variety of kills, as well. Jason forces Adrienne’s head into frozen nitrogen, which we actually get to see and then smashes her frozen face on the counter. It’s gorey but campy enough not to turn my stomach. When Sargeant Brodski meets his assumed end, he’s stabbed once in the ribs by Jason, scoffing at how it’d take a lot more than one ‘poke in the ribs’ to end him so Jason gives him another.

“Yup, that oughta do it.” There’s the whole ‘space is a vacuum’ moment, which is easily the most memorable.

Most of the movie is spent saying aloud, “What the fuck?” at the many absurdities but it’s also cleverly written with great practical effects. The liquid nitrogen kill was actually the subject of a myth  busters episode. It lives on as one of the most ridiculous Friday the 13th films but was unfairly met with criticisms that I think the material just failed to land for people at the time. It’s stupid, sure, but it’s clever and campy and fun. Aren’t those all the things we love about horror?

HRC: Remembering Cris Blehar, Trans Woman Who Was “An Amazing Mother And A Wonderful Person”

Queering the Spirit: Unpacking the Concept of Trust